☰ On this Page

Midwestern exists
For the Church.

We serve the church by biblically educating God-called men and women to be and make disciples of Jesus Christ. We are unashamed about our sacred calling to prepare men and women to serve the church. We are looking for students who will be the next leaders of the church, completely dedicated to fulfilling the Great Commission. From start to finish, Midwestern Seminary strives to transform students by renewing their minds with biblical truth, igniting their hearts with ministry passion, and enriching their souls with deepened Christ-likeness.

See how we are for the church

MIDWESTERN
AT A GLANCE 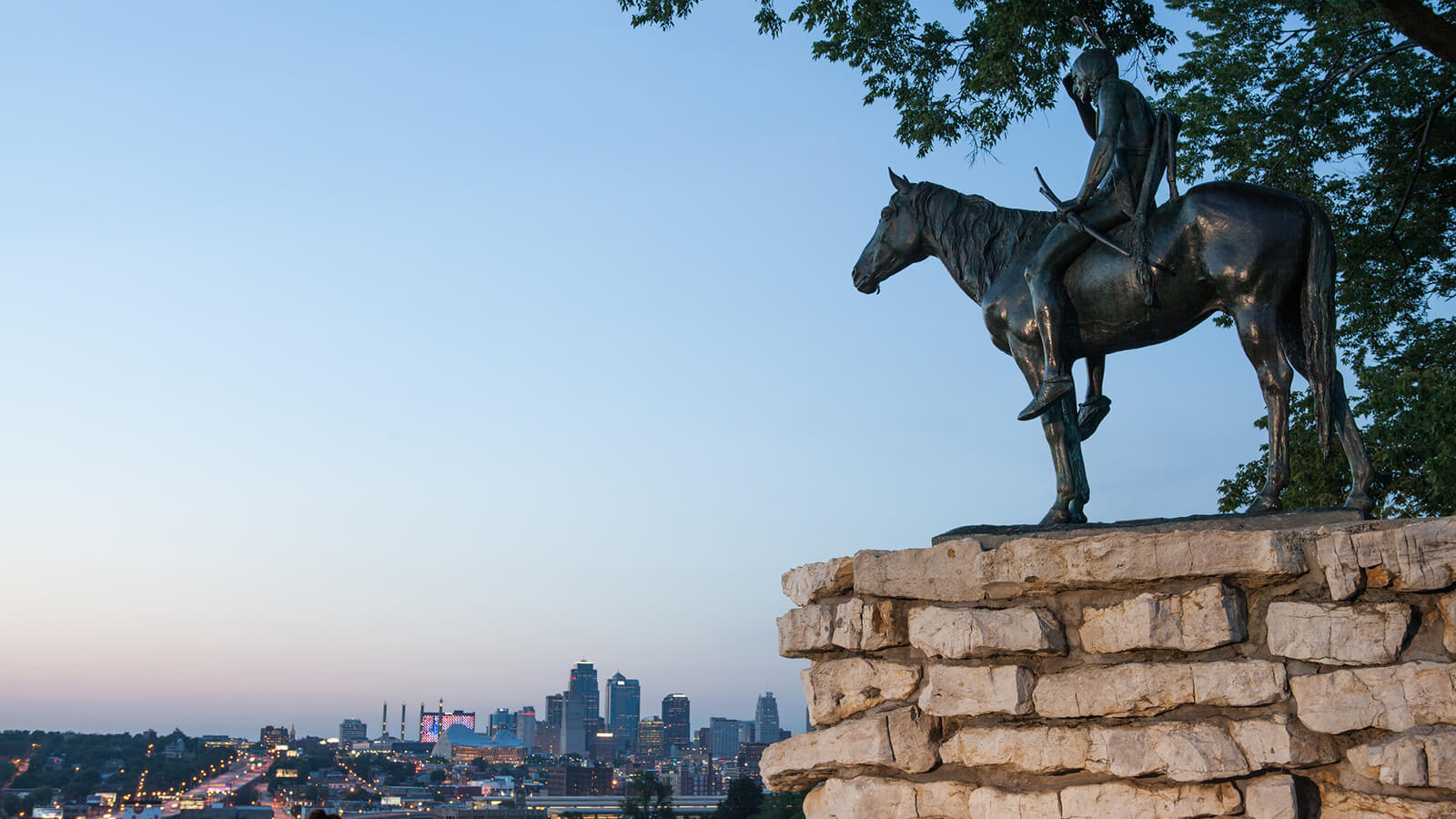 Founded on May 29, 1957, Midwestern Seminary became the sixth seminary established by the Southern Baptist Convention. Today, Midwestern boasts a beautiful 220-plus acre wooded campus in the Northland with over 120 rooms and apartments available for living on campus as students prepare for ministry. Midwestern Seminary consists of an undergraduate college, a graduate school and a school of doctoral programs. We offer Master of Divinity, Doctor of Philosophy, Doctor of Education, Doctor of Ministry, Master of Arts, Bachelor of Arts degrees, Associates degrees and certificates.

At MBTS, we labor to produce pastor-theologians, graduates who will give of themselves for the Church in expository preaching, doctrinal integrity, and discerning pastoral care. Our graduate degree programs are designed to take your education and training to the next level of competence and passion, preparing you for ministry wherever God’s calling takes you.

Our 81-hour MDiv is our flagship degree and a quick and affordable track towards pastoral ministry. The Timothy Track provides residential internship with a local church, where you can immediately begin applying your M.Div training with hands-on ministry opportunities. We have a variety of fully-accredited Master’s degrees to prepare you for your next season of service to the Church.

Spurgeon College is equipping students to be the leaders of today and tomorrow by grounding them in the truth while preparing them for the world. With a variety of degree programs and special emphases, there are multiple avenues of growth and training for wherever God’s call is taking you.

The Fusion program combines academic, spiritual, and even physical training for students exploring God’s call to global missions. Your studies are supplemented by residential discipleship and mentoring, culminating in an entire semester spent on the mission field. Know instead that you’re called to local church ministry? Spurgeon College’s Accelerate program is a 5-year, intensive study track through which students simultaneously earn their Bachelor of Arts and Master of Divinity degrees.

All of our doctoral study programs are designed to equip and train leaders for the church. Whether you plan to serve in the church, the academy, or the marketplace, our post-graduate degrees are designed for students seeking high levels of theological and professional competence.

The classic Doctor of Philosophy (Ph.D) is modular, allowing students to study without leaving their current context, spending time on campus only for one-week seminars with their doctoral cohorts. Or apply for The Residency, our special Ph.D component that supplements your doctoral work with weekly mentoring, on-campus teaching opportunities, and the support of our growing community of residential scholars. Training for the marketplace more than the academy? Our Doctor of Ministry (D.Min) is a professional post-grad degree designed to equip you for the next season of ministry equipping others in your local church or ministry organization.

From Kansas City to your Kingdom calling. Wherever you serve, you can study here.

The Global Campus of Midwestern Seminary and Spurgeon College is designed for God-called men and women serving in a unique kingdom assignment that currently precludes them from pursuing residential studies.

With ten new start dates every year, contextualized assignments in each class, and a variety of flexible class formats, the Global Campus offers dozens of degrees available fully online at the Bachelor’s, Master’s, and Doctoral levels.

Wherever students are called, they can now complete any of Midwestern’s degree programs however they can: completely online, live over video, attending an event, or in their church. Make the most of your training by studying with our Christ-centered community in Kansas City. Because ministry training isn’t “one size fits all,” we can tailor your degree program with both residential and online classes to meet your educational needs. Can’t relocate? Our customizable online degree programs allow you to study at your own pace without leaving your current ministry context. “Jason’s leadership gifts, commitment to theological education in service to the church and heart for the things of God’s Kingdom are the kind of characteristics that certainly point to a bright future for Midwestern in the days ahead.”

Elected on October 15, 2012, Dr. Jason K. Allen serves as the fifth president of Midwestern Baptist Theological Seminary, in Kansas City, Mo., and is one of the youngest presidents in all of American higher education. Since coming to Midwestern Seminary, he has led the institution to become one of the largest and fastest growing seminaries in North America.

In addition to his role as President, Dr. Allen serves the institution in the classroom, as an associate professor for preaching and pastoral ministry. More broadly, he serves the church through his preaching and writing ministries as well. He is the author of two recently-released books, The SBC & the 21st Century (B&H Publishing) and Discerning Your Call to Ministry (Moody Publishing). Dr. Allen regularly posts essays on his website, jasonkallen.com, and hosts a weekly podcast, “Preaching & Preachers,” which can also be found at jasonkallen.com.

Before coming to Midwestern Seminary, Dr. Allen served as a pastor, and as a senior administrator at Southern Seminary in Louisville, Ky. He and his wife, Karen, are both from Mobile, Ala., and have five children: Anne-Marie, Caroline, William, Alden, and Elizabeth.

Many Midwestern Seminary and Spurgeon College students have a burden for the nations. This is certainly true of master’s student, Samuel Womble. As a missionary kid himself, Samuel got a first-hand look at the ups and downs of life on the mission field, including experiencing a terrorist attack that necessitated emergency surgery to address infection and to remove shrapnel from his brain. Samuel has a powerful story that only makes sense in light of a powerful gospel. END_OF_DOCUMENT_TOKEN_TO_BE_REPLACED 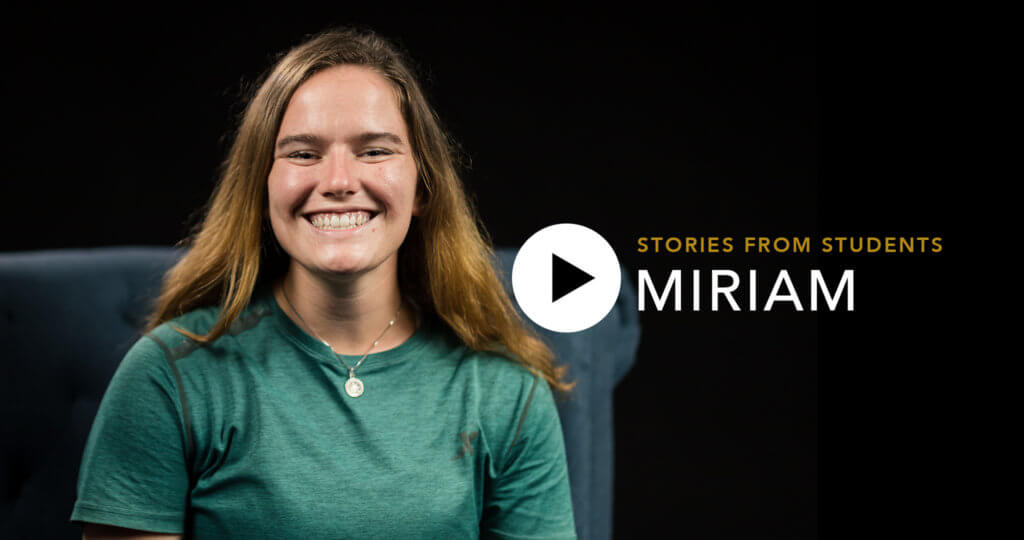 FUSION has done many things to equip me to do the work of evangelism. They've equipped us with many different tools and opportunities to go out and use those tools. END_OF_DOCUMENT_TOKEN_TO_BE_REPLACED With renewed interest in continuing theological education among pastors and church staff members, Midwestern Seminary has seen a resurgence of interest in its post-graduate training programs. According to Thor Madsen, dean of doctoral studies at MBTS, both the seminary’s D.Min. and its Ph.D. programs continue to be popular options among ministry leaders. END_OF_DOCUMENT_TOKEN_TO_BE_REPLACED

Resources
For the
Church

We would love to help you become equipped for the Church. Please fill out this form so that we can get the right information into your hands and keep you up to date on the happenings of the school.

We would love to help you become equipped for the Church. Please fill out this form so that we can get the right information into your hands and keep you up to date on the happenings of the school.

Stay in the loop by following us on our social media channels:

and receive a FREE! For The Church eBook