« Back to all Events

THE RED SEA MIRACLE It’s one of the greatest miracles in the Bible; Moses and the Israelites trapped at the sea by Pharaoh’s army when God miraculously parts the waters, rescuing the Isrealites and destroying Pharaoh and his chariots. The Bible describes the crossing happening at a deep and mighty sea and that’s how legendary director Cecil B. DeMille depicted it in his epic, “The Ten Commandments.” But today, many scholars are skeptical of spectacular miracles and claim that if the Exodus sea-parting happened at all, it must have been caused by naturalistic means, at a shallow lake in the north of Egypt’s Nile delta.

THE RED SEA MIRACLE is the first in a new two-part film series by Patterns of Evidence’s award-winning filmmaker, Timothy Mahoney. In this investigation he examines the journey to the crossing location, looking at two competing views of the Red Sea Miracle. One he calls the “Egyptian Approach,” which looks near Egypt. The other he calls the “Hebrew Approach,” which looks far from Egypt to the Gulf of Aqaba where divers have been searching for the remains of Pharaoh’s army on the seafloor. The investigation raises giant questions about the real location for the crossing site and its implications on your view of God. The answers to these questions point to one of two very different realities.

THE RED SEA MIRACLE is one of the biggest biblical documentary investigations of all time, uncovering new evidence for the story that challenges our previous understanding of history. For two decades Mahoney has filmed the Exodus event from Egypt’s delta to the bottom of the Red Sea. Now, see the evidence as the Bible comes alive with dramatic recreations, 3D animations, never seen before footage, and interviews from leading Egyptologists, Exodus explorers, and Bible scholars.

The feature presentation will be followed by a thought-provoking panel discussion.

Learn more about the documentary series 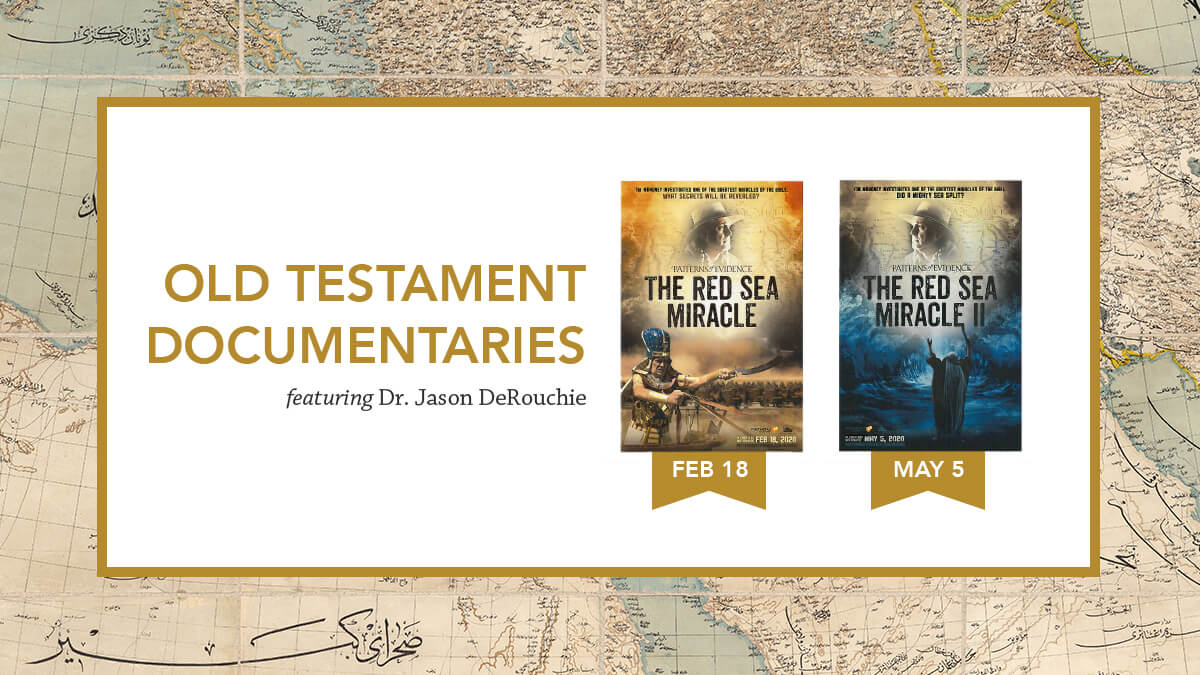