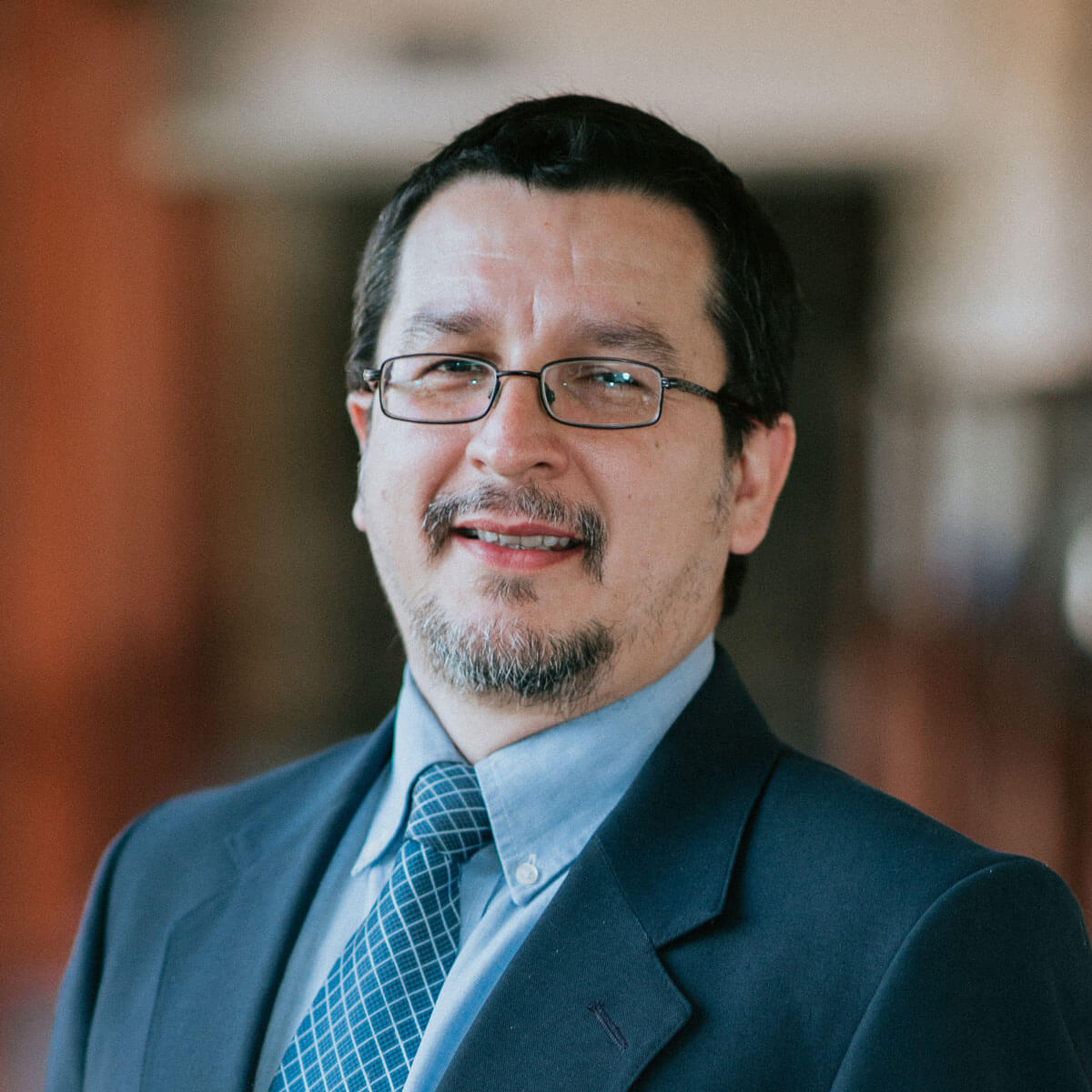 Dr. Achucarro is the Assistant Director of Spanish Studies and Assistant Professor of Christian studies at Midwestern Baptist Theological Seminary. He earned the Bachelor of Arts in accounting at Simpson College in Indianola, Iowa, and M.Div., Th.M. and D.Min. degrees from Midwestern Seminary. His dissertation was titled: “A Strategy for Growth through Small Groups in Homes for Casa de Gracia Baptist Church in Liberty, Missouri.” He is currently pursuing a Ph.D.

In 2018, he planted a Hispanic church, Iglesia Bautista Casa de Gracia, in Kansas City’s Northland. Before moving to Kansas City, he served as the Hispanic Church Planter Developer for the Baptist Convention of Iowa (2016-2018). Additionally, he served as a church planter in Iowa and Utah from 2008-2016, where he planted four churches, and from 2002 to 2008, he served as worship music minister at churches in California and Kansas City.

Dr. Achucarro is originally from Paraguay, and he lives in Kansas City with his wife, Mabel, and their three children: Alexandra, Ezequiel, and Rebekah. They also have two granddaughters.